This was so fun to play!! I played for ~1 hour & 30 mins so I think I pretty much saw all the scenarios and endings but I wish there were a place where I could see all the endings I got(+what led to them, since the same ending can be the outcome of very different playthroughs,, )! Also I love the story and the art is so cute!!^^ I'll definitely go play the other games u made~

So i haven't played this game yet but it looks AMAZING  but i was just wandering if this was like horror like DDLC? bc that game was TERRIFYING.

its got gore and murder and such in it but it definitely isn't as scary as ddlc :3 also thanks!!

Just find this game after seeing the third game. I'll be playing the three of them.  Here's a lets play of the game I make.

I must say that it is indeed a fun game to play with quite a lots of repeatability.

Well, that was interesting. The artsyle is so pretty, i still think the characters are a bit shallow but it's a cute game nonetheless.

This game was adorable!! I loved the mix of gore with the cute art style and the personalities were so unique! My brother and I had lots of fun getting all the endings. Following for more amazing content! :D

aw thank you!! so glad you guys enjoyed it >w<

Cool donation idea. My Mom runs a united way here so seeing this in the community's really makes our day. :)

wow these are really cool banana

ok, so the endings i got (even if there are various ways of getting them) were:

are there any others? im curious heheh (also, once again: congrats and thank you for making such an amazing game!!!)

omg this was so fun and cute to play around with!!! i love literally everything about it (from the art style, to the music and story), but especially the multiple endings! it was amazing to replay it and make different choices just to see myself getting killed in other ways heheh


Pssstt!!! Love the game and the art style!

there's no way to save both patches and olive in the first game, but you can save both in the second >:3 https://90percentstudios.itch.io/purrfect-apawcalypse-2 also thank you!!! <3 <3

Lol! Best wishes and thanks! ;u;

I love this game! It's adorable! I am recording it as a playthrough for youtube and ill be happy to send you the link for the first episode whe  its posted! 1,000,000/10 game!

WOW thank you so much!! i'm so happy you enjoyed it ^w^ i'm excited to see your playthrough!! <3

Will there be a android version in the future?

Ohhhh when next game? :3

the third and final game will probably come out in the summer of 2020 :3

i think there are like 37 or so ways to die (though some are very similar)! OwO;

As Usual Gameplay from Z9ZGAMES Channel!!
With All Thanks to the Creator of the Game!!

I love your game and art! Can you start up your patreon again? Psd's and process pics as rewards would be amazing.

You're 90% Knuckles but you're 100% awesome. The behind the scenes files are exactly what I was looking for.

what app did you use to make your game

That said, it would be cool if getting past a certain number of hearts unlocked certain choices with certain characters. I did a test with Patches, and his final dialogue/choices were the same whether you got on his nerves repeatedly or maxxed out his hearts(the only change is the ending screen, which isn't very interesting).
Plothole wise, it's never really explained why the dogs can't just leave the school to escape, and I think if Brownie felt there was no way out, it would have made her choice to do what she did more impactful.

Overall, this is a nice work and I wish you the best in your future projects. Definitely looking forward to the sequel ^^

Thank you so much for playing and your helpful review!!! I agree with your points and am definitely keeping them in mind for the sequel! ^w^ <3

love this game! the art style, the music, the characters are all so adorable and appealing. super replayable and definitely recommend if you enjoy collecting all endings to a game! thank you to the creator of this game!!!

Thanks so much for playing! I'm so happy you enjoyed it! ;w;

I'm up to the part where you have to find the key to unlock the door, I'm really confused!! I've looked everywhere

Sorry for the late reply! The key is back in the closet in the classroom.

What does rus mean? QwQ

Oh right, I am so stupid qwq

ONE OF MY FAVORITE GAMES EVER!! Please make more uwu

AW thank you!! There's a sequel coming out this Halloween! >wO

Wow! I love this! When I got the 'everyone lived' ending, I was super happy! I haven't gotten all the endings yet but I'm getting closer!

I'm so glad you enjoyed the game!! ^W^ Thanks for playing!!

ahhh i love this its so adorableee, probably one of the best things ive ever played

AW thanks and thank you for playing!!

I never thought I'd play something where I loved all the characters in the story, but this visual novel you've created easily proved me wrong. Every character interests me, and I want to learn all about each of them. You've really created something great, here! And the art style is just so cute. Apart from the bloodbath in the background, the characters are absolutely adorable! I only wish it could've been just a little longer. But the multiple endings definitely gives it replay value, which I believe makes up for that! ^u^

Oh man I'm so glad you enjoyed!!! ;w; Thank you so much for the nice review, I really appreciate it!

This game is awesome! Lovable characters, art style, plot... I think that this is one of the greatest visual novels I've ever played!

how many endings does this game have? i got the happy end and two other ends, i wanna know more!!

I think there are 37 ways to die! I wouldn't consider them to be super unique endings though, just consequences for making the wrong choices. You can get the best ending, and endings where Olive dies but makes Sparky, Brownie, Angel or Patches happy, and endings where Olive dies without making anyone happy (very sad and boring lol). Thank you so much for playing by the way!! <3

This by far is the best visual novel I have played on itch.io. Proably in my life this had everything amazing art, Good characters, and good endings that aren't bad or feeling "not complete" if that makes sense defenitly telling my friends to download this.

I'll be watching your account to see if you make any other games!

WOW thank you so much for the amazing compliments!!! I'm super excited for you to play the sequel when it comes out sometime this year! >u<

GOD damn  this game is perfect! All I need is in here! I have to create an animation meem with this adorable characters, may be you can write what meem is should be)

Sorry about my eng, becouse this is not my first language(

i cant download this game in the twitch client :( i can download it on the website still but i think its cause you didnt designate a platform for each file

Oh shoot sorry, I think I've got it fixed now!

this game needs its own yt animation memes

I LOVE this game! I've been trying to get all the endings lol, I think Imma make some fanart for this!

Holy crap thanks for playing!! If you make fanart I'd love to see it! ^w^

I made an account just so i can say that this game is the cutest thing ever  :")

is there going to be a squeal?

Probably, but it likely won't take on the form of a visual novel! I'm gonna experiment with other game genres but the characters and story will remain. ' w '

just wondering, what are the characters ages? i mean they are dogs (and cats) but whats their human years?

Here are their ages! 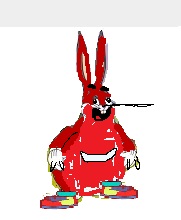 Not only did I put you in this game sans-permission but I also had you die about 37 times. >:3

I CANT FIND THE KEY can someone help me plzzzz?

Edit: I found it nevermind.

this game was cute and dark and fun and I love all the characters (favorite might be Patches tho I just think he's really cute) and im prolly gonna make fanart because i'm a huge furry so Stay Tuned For That Eventually Maybe?

anyway it was a Giant Fun

EDIT: Link to art here. AAAAAlso it has just dawned upon me that I may be the first to ever make fanart of this (unless there's some stuff I don't know about but I tried looking for it on deviantart so at least nobody's posted theirs there lol) and I think that's cool.

Looking forward to see the art.

they are cute af

OMFGGG THIS IS AMAZING!! AND YES, you are the first to draw fanart (that I know of) and I am HYPED! Thank you for playing and liking it enough to draw a thing, it means a lot. ;w;

thank you!! i might make more fanart (but dont count on it because i have no motivation to do anything ever lol it's Honestly a miracle that i got this done in the first place)  I think it's cool and I think more people should play it!